Conscience is a Spiritual Organ 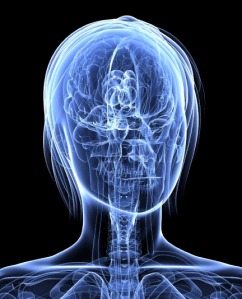 One of the reasons that the Lord God opened the interior powers of perception of Emanuel Swedenborg’s mind so that he could observe the phenomena of the non-physical spiritual world was because he was a highly qualified scientist.

The new heavenly revelations that Swedenborg received and communicated to the world from this augmented cognition were more than theological. Swedenborg always communicated his unique discoveries in religious doctrine from a rational and scientific perspective.

His descriptions of how an infinite God acts in the finite world through influx, discrete degrees and correspondence are actually scientific models, which address causal process originating out of a pre-geometric realm. Swedenborg does this so that we can have a more rational, lawful and “visceral” grasp of profound theological topics. Some people refer to this approach as Theistic Science.

Most spiritually minded people would agree that following God’s tenets (like loving the neighbor) has a real effect on a person’s conscience. Most people also have a vague idea of conscience as a mental pattern, leaning or conception that is housed in the memory. Swedenborg however, insisted that conscience was an actual spiritual organ, which is formed over time from living a spiritual and unselfish life.

All the organs in the human body represent the scope and boundaries of specific organic functions. Without these vital organic structures, brain signals would not be able to determine their forces into coherent action and thus diffuse into thin air. So our vital organs serve as recipient forms to hold the brain’s influences.

According to Swedenborg, conscience is a recipient form and organic vessel for holding God’s guiding influence. As such, conscience determines the quality of all the organic forms and functions of one’s spiritual anatomy (embodied spiritual life as non-physical bio-complexity). Conscience takes on a real organic form because it is a living function and allows moral force to be determined into some coherent and living activity. It is a real object and subject of God’s goodness. Without this organ, God’s teachings and helpful influence have nowhere to determine or focus their powers and therefore they diffuse into thin air (kind of like information going into one ear and out the other).

Swedenborg’s vast writings make it possible to follow the process of spiritual salvation in as much scientifically-expressed language as we are able to handle. The descent of the Holy City, The New Jerusalem, symbolizes a new worldview that will be grand enough to unify science and theology.

That is how the Lord God intends to change heaven and earth, and make all things new! It is happening at this very moment!

EDWARD F. SYLVIA, M.T.S. Philosopher/Theologian Edward F. Sylvia attended the School of Visual Arts in New York and received his Master of Theological Studies at the Pacific School of Religion in Berkeley, CA and a Certificate of Swedenborgian Studies from the Swedenborgian House of Studies. He is a member of the Center for Theology and the Natural Sciences (C.T.N.S.) and the Swedenborg Scientific Association (S.S.A.). Award-winning author of "Sermon From the Compost Pile: Seven Steps Toward Creating An Inner Garden" and "Proving God," which fulfills a continuing vision that God’s fingerprints of love can be found everywhere in the manifest universe. His most recent book, "Swedenborg & Gurdjieff: The Missing Links" is an edgy collection of anti-intuitive essays for personal transformation that challenges and inspires. He has been a student of the ideas of both Emanuel Swedenborg and George I. Gurdjieff for over thirty years. Read more about TheGodGuy, his books and his ideas at http://www.staircasepress.com
View all posts by thegodguy →
This entry was posted in god, Inner growth, love, metaphysics, Parenting, Reality, religion, science, spirituality, unity and tagged bio-complexity, conscience, Emanuel Swedenborg, God’s tenets, new worldview, organic structure, Revelation, salvation, the New Jerusalem. Bookmark the permalink.