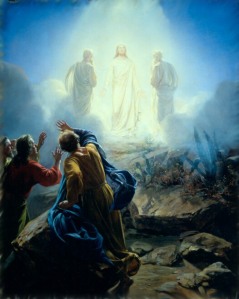 It has become a lexicon to say—when we screw up—that we are “only human.” Another often-used phrase is “to err is human.”

Obviously, human beings are not perfect. But does “humanness” have its source and essence in imperfection?

According to scientist/theologian Emanuel Swedenborg the answer is “no.”  He claimed that humanness comes from two special divine gifts from God—free will (volition) and discernment (intellect).

These gifts are the image and likeness of God’s divine human nature. Free will and discernment are finite representations and mirrors of the Lord God’s Infinite Love and Wisdom. Another way to grasp this is that God’s Love and wisdom represent the ultimate and divine human form.

Men and women become more human, not from screw-ups, but from adopting God’s tenets into their hearts and minds. We instinctively know this when we seek to improve our reasoning powers and empathy to become better humans. (Evil and hatred is called “inhuman”).

If the human form did not come from God’s nature, then the Lord would not have been able to be in the world with a physical body and brain. What is unknown to most worshippers and students of religion is that over the process of time, the Lord succeeded in making his human physical body and brain (Jesus) completely comply and be unified with His divine and heavenly spirit (Jehovah).

The Lord not only faced worldly threats from evil men, but by having a physical body, brain and genetic makeup He was in the perfect position to personally experience and resist all human compulsions and frailties.  So while the Lord was conducting a ministry on earth, another, deeper drama and narrative was taking place, quite out of range of human observation. With each victory over human compulsion and temptation, the Lord’s human nature was made increasingly perfect with his divine and heavenly nature. This process put all things within the government of divine order—making His terrestrial matter and heavenly spirit perfectly harmonious (Alpha and Omega). This is why there was an empty tomb.  This is also the secret process behind the Lord’s Glorification and why He could transfigure Himself before the disciples.

Swedenborg offers an amazing account of this process in his 12-volume series of biblical interpretations called the Arcana Coelestia. God could not be the Word (John 1:1-2) nor could the Lord have made the Word flesh (John 1:14) if the Bible narratives did not contain a deeper level of communication, which referred entirely to the Lord’s Glorification.

My friends and readers, brace yourselves, because the proof of the authority and inerrancy of God’s Holy Word is intimately tied to the Second Coming and your personal efforts at becoming more human!

EDWARD F. SYLVIA, M.T.S. Philosopher/Theologian Edward F. Sylvia attended the School of Visual Arts in New York and received his Master of Theological Studies at the Pacific School of Religion in Berkeley, CA and a Certificate of Swedenborgian Studies from the Swedenborgian House of Studies. He is a member of the Center for Theology and the Natural Sciences (C.T.N.S.) and the Swedenborg Scientific Association (S.S.A.). Award-winning author of "Sermon From the Compost Pile: Seven Steps Toward Creating An Inner Garden" and "Proving God," which fulfills a continuing vision that God’s fingerprints of love can be found everywhere in the manifest universe. His most recent book, "Swedenborg & Gurdjieff: The Missing Links" is an edgy collection of anti-intuitive essays for personal transformation that challenges and inspires. He has been a student of the ideas of both Emanuel Swedenborg and George I. Gurdjieff for over thirty years. Read more about TheGodGuy, his books and his ideas at http://www.staircasepress.com
View all posts by thegodguy →
This entry was posted in god, Inner growth, love, psychology, Reality, religion, spirituality, symbolism, unity and tagged Arcana Coelestia, Bible interpretation, Emanuel Swedenborg, glorification, higher levels, human frailty, humanness, Jesus, second coming. Bookmark the permalink.