Is human consciousness an epiphenomenon? 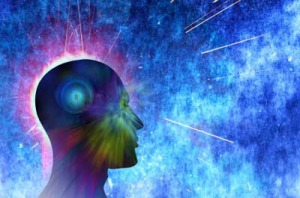 Most natural scientists would say yes. In other words, human consciousness is an outcome (derivative) of numerous microscopic processes in the brain. The physical brain is what creates consciousness and not some immaterial mind.

This mechanistic view of consciousness has its foundation in inert physical matter.  This means that physical matter, operating on the tiniest scales of nature, can create thought-ideas. These thought-ideas are further modified to produce the macroscopic outcome of words in human speech by manipulating the voice box, mouth and tongue.

But scientist/theologian Emanuel Swedenborg, argued that thought-ideas were a universal speech. Regardless of what language a person on earth uses to form words, these words come from ideas that all people understand. For instance, no matter what word in any language is used to express the idea of a “tree,” the mental idea of a tree is already universally understood. Otherwise, one human language could not be translated into another.

“Meaning” must be fundamental. But is “meaning” fundamental to inert matter?

This raises a question about consciousness and the human intellect being the mere outcome of some mechanism of matter. If people from all parts of the planet earth learn from conscious experience what a tree is, than one would suspect that such a universal idea would consist of similar microscopic processes in all human brains. So, how could these similar fundamental physical processes create such a rich and diverse of way expressing one and the same human idea?

Put another way, if consciousness is merely physical process, how does inert matter keep an “idea” (mental picture) perfectly self-consistent through numerous cultures and languages? Ponder that a bit.

It is instinctively self-evident that human thought does not consist of words. Consciousness and its thought are prior to words. If people could communicate with their thoughts alone, and not words, they would understand each other all around the world—perfectly.

It seems more likely that a conscious mental idea supervenes upon a physical process. We can each confirm this through our free will and our life choices.

EDWARD F. SYLVIA, M.T.S. Philosopher/Theologian Edward F. Sylvia attended the School of Visual Arts in New York and received his Master of Theological Studies at the Pacific School of Religion in Berkeley, CA and a Certificate of Swedenborgian Studies from the Swedenborgian House of Studies. He is a member of the Center for Theology and the Natural Sciences (C.T.N.S.) and the Swedenborg Scientific Association (S.S.A.). Award-winning author of "Sermon From the Compost Pile: Seven Steps Toward Creating An Inner Garden" and "Proving God," which fulfills a continuing vision that God’s fingerprints of love can be found everywhere in the manifest universe. His most recent book, "Swedenborg & Gurdjieff: The Missing Links" is an edgy collection of anti-intuitive essays for personal transformation that challenges and inspires. He has been a student of the ideas of both Emanuel Swedenborg and George I. Gurdjieff for over thirty years. Read more about TheGodGuy, his books and his ideas at http://www.staircasepress.com
View all posts by thegodguy →
This entry was posted in psychology, Reality, science, unity and tagged consciousness, epiphenomenon, free will, language, mental ideas, words. Bookmark the permalink.

19 Responses to Is human consciousness an epiphenomenon?