Sophie, a discriminating scientist, talks to two sages about the Bible 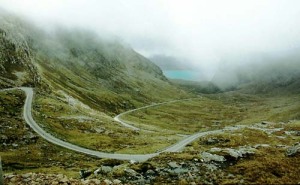 Once upon a time there lived an intellectually sophisticated woman named Sophie. She had chosen a career as a scientist. She was not motivated simply by proving that women were equally capable of learning math and the methods of rational investigation—she had a sincere desire to find “Truth.”

While she found no rigorous evidence to believe that a Creator-God did not exist, she found religion, as a truth system, unfruitful for the discerning mind. Religious teachings never seemed to offer any explanation of the laws of the universe. She verified this one day while reading the Seven-Day Creation Story in Genesis. The narrative seemed full of erroneous concepts—like visible light being created before there were any stars or suns in the universe.

She wondered why anyone would accept such accounts as true. If there were an infinitely wise God of the universe, surely, such a divine being would have a lot more to offer the human mind. Why would God give humans such an ample brain and only demand from them mere faith?

Sophie had heard that there was a learned sage, living on a mountainside, who reportedly knew the answers to many, many hidden things. Being trained as an objective investigator, she decided to visit this great sage and form her own conclusions about his knowledge of ultimate reality.

So she drove up the mountain and came to the sage’s modest home. She knocked on the door and was greeted by an old man with a most kind and gentle smile. He invited her in and led her to a kitchen table.

“I am having some tea and bread. May I offer you something to eat?” said the sage.

Sophie sat in one of the kitchen chairs and said “yes.”

“How can I be of service?” asked the sage as he poured the freshly brewed tea into her cup.

Being a straight-shooter Sophie said, “What are your thoughts on the Holy Bible? Why are its stories so obviously nonsensical? Didn’t God anticipate that later generations of more educated and enlightened individuals would judge them? Or are these simply the imaginative stories of goat-herders sitting around a campfire?”

The sage watched Sophie take a bite of her bread and swallow it. Then he said. “The nutrients of that bread are not visible to the eye. The body has to digest and metabolize these essential nutrients from the bread. God’s Holy Word is the same kind of food. These sacred stories were designed to be metabolized by the mind—in order to get at its deeper nutritional benefits.”

“When one comprehends the natural meaning of words, isn’t that considered mental metabolism?” inquired the scientist.

“The mind is capable of digesting these ideas even further and obtaining higher meanings, abstracted from time and space. You would call this kind of communication allegory or metaphor. In other words, these sacred stories, interpreted from this higher level of mind would represent the inner drama of one’s heart and mind.” The sage paused with additional reflection then spoke again, “These stories can be even further digested to portray a divine drama between the Lord God and hell, while living on this planet,” answered the sage.

“But I understand metaphor to be sloppy science,” returned Sophie.

“Wrong. In God’s Holy Word it portrays an exact science. These higher meanings represent the lawful order of top-down causality from heavenly process into natural process. The causal link between these distinct levels of realities is that they perfectly correspond to each other,” said the sage.

“What do you mean by correspondence?” asked Sophie.

“It is the science by which natural or historic events are divinely communicated in a way that they can mirror events and processes that take place deeper—in the human heart and mind,” explained the sage. “For instance, the Seven-day Creation story in Genesis, when interpreted from a higher level of mind, actually addresses the epigenesis and steps of a person’s inner or spiritual re-creation.”

“Well, that would explain why many biblical stories seem so nonsensical and irrelevant to the modern mind,” exclaimed the amazed scientist. “But how did our education on these matters get so off-track?”

They sage looked at her with sorrowful eyes and said, “The human race has become less spiritual. The higher levels of the human mind that are needed to comprehend these rarefied sacred ideas have been closed off from humankind. This higher knowledge cannot simply be expressed in books or submitted to human memory. One has to raise the level of his or her heart to reopen these dormant capabilities.

“You mentioned that God’s Holy Word contained a multi-leveled structure which conveyed top-down causality. Can this knowledge be put into a scientific model with explanatory and predictive powers?” questioned Sophie.

“Yes!” blurted out the sage as he became more animated. “You must go to another home, higher up on the mountain. There you will find another sage who can put this all within a coherent and rational scientific framework.”

Sophie left for the next house further up the mountain. When she arrived she knocked on the door and was greeted by a most unusual woman. This woman seemed to give off an inner glow, which made it hard to discern the specific features of her “other-worldly” beauty. “Come in,” said the radiant female sage.

“I was told that you knew of a most profound scientific system,” enquired Sophie.

The female sage put her hand on Sophie’s forehead saying, “The Lord God has permitted me to share with you great secrets. But in order to do so I must temporarily open higher regions of your mind so that you can directly perceive this universal knowledge first hand.”

Sophie sensed a dizzying swirling force inside her head. Then she regained her focus.

“Look at that apple tree outside my window and tell me what you can now see,” said the second sage.

Sophie turned her gaze to the fruit tree and was now able to observe it in a whole new light. “Wow, I can now see a universal process in that apple tree, whose patterning principles take the form of a grand circle or cycle—like seed, root, stem, branches, leaves, flowers, fruit and back to its beginnings as seed.”

“You are now experiencing the truly angelic perception of comprehensive wholes. All process in the universe, spiritual or natural, follows this divine pattern of order. You will now be able to recognize this same cyclic order of succession throughout all the stories of God’s Holy Word,” said the radiant sage.

“My God,” exclaimed the excited scientist as she made new realizations from observing the different aspects of the apple tree. “Each of these successive events in the unfolding process of the tree represents separate trajectories towards mathematically precise centers of gravity, which in their totality, create a common equilibrium and completely unified concept.”

Then the female sage removed her hand from Sophie’s forehead. And Sophie returned to her normal and earthly cognition of reality.

EDWARD F. SYLVIA, M.T.S. Philosopher/Theologian Edward F. Sylvia attended the School of Visual Arts in New York and received his Master of Theological Studies at the Pacific School of Religion in Berkeley, CA and a Certificate of Swedenborgian Studies from the Swedenborgian House of Studies. He is a member of the Center for Theology and the Natural Sciences (C.T.N.S.) and the Swedenborg Scientific Association (S.S.A.). Award-winning author of "Sermon From the Compost Pile: Seven Steps Toward Creating An Inner Garden" and "Proving God," which fulfills a continuing vision that God’s fingerprints of love can be found everywhere in the manifest universe. His most recent book, "Swedenborg & Gurdjieff: The Missing Links" is an edgy collection of anti-intuitive essays for personal transformation that challenges and inspires. He has been a student of the ideas of both Emanuel Swedenborg and George I. Gurdjieff for over thirty years. Read more about TheGodGuy, his books and his ideas at http://www.staircasepress.com
View all posts by thegodguy →
This entry was posted in god, psychology, Reality, religion, science, symbolism, unity and tagged angelic perception, Bible, biblical interpretation, biblical science, gravitational order, higher mind, universal law. Bookmark the permalink.