The illusion of progress 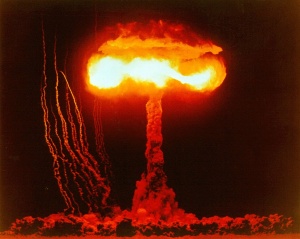 The gist of modern education and its version of human history seem to promote the idea that we are more advanced than our earlier ancestors. One only needs to point to the miracles of modern science and technology to provide extant evidence of this forward progress.

However, the increase of worldly knowledge has failed to increase human wisdom. Technology has become a double-edged sword, making it easier to both benefit people as well as kill them.

Science admits that it has no room for “values” in its important search for facts. Ironically, what doesn’t show up in the test tube is that one’s values determine how we use these facts.

On the other side of the coin, religion (whether it has been spoiled by flawed men or not) focuses on the issues of the human heart and its conscience.

According to both Emanuel Swedenborg and George Gurdjieff, ancient societies had more highly developed religions and thus enjoyed more highly developed hearts and minds. Both men demonstrated that the more noble one’s heart, the more one could tap into higher states of consciousness, which would otherwise remain dormant during much of our terrestrial life. Consciousness is the measure by which we detect harmonies (pleasing ratios of forms) in the universe. Therefore, love both drives and brings life to consciousness (this is why human consciousness eludes objective scientific investigation).

In Swedenborg’s and Gurdjieff’s models of reality, a highly developed heart could even detect and embrace rarefied harmonies operating within the non-physical or spiritual realm. These sacred harmonies are the various forms and ratios that God’s heavenly truth takes.

So adopting noble values is the most effective way of increasing one’s knowledge and intelligence about the real world (including knowledge about oneself)!

Modern science, that is, scientism, rules out any reality other than a physical one. So under such a worldview, we humans are simply captives in a cold cosmic scenario that will someday simply run down and suffer a thermodynamic death. Even worse, before we reach this unflattering future fate, we must all currently endure man’s inhumanity to man.

Science and technological progress won’t save us. Becoming angels will!

I have recently authored a book titled Proving God. It offers a most unique way to unify science with theology and provide the reader with unique new knowledge that can enlighten the human heart and re-focus the human intellect to reverse this negative trajectory.

It is the human heart that gives orientation to the mind. This is where we all need to concentrate our energies!

EDWARD F. SYLVIA, M.T.S. Philosopher/Theologian Edward F. Sylvia attended the School of Visual Arts in New York and received his Master of Theological Studies at the Pacific School of Religion in Berkeley, CA and a Certificate of Swedenborgian Studies from the Swedenborgian House of Studies. He is a member of the Center for Theology and the Natural Sciences (C.T.N.S.) and the Swedenborg Scientific Association (S.S.A.). Award-winning author of "Sermon From the Compost Pile: Seven Steps Toward Creating An Inner Garden" and "Proving God," which fulfills a continuing vision that God’s fingerprints of love can be found everywhere in the manifest universe. His most recent book, "Swedenborg & Gurdjieff: The Missing Links" is an edgy collection of anti-intuitive essays for personal transformation that challenges and inspires. He has been a student of the ideas of both Emanuel Swedenborg and George I. Gurdjieff for over thirty years. Read more about TheGodGuy, his books and his ideas at http://www.staircasepress.com
View all posts by thegodguy →
This entry was posted in god, Inner growth, love, Reality, religion, science, spirituality, unity and tagged Emanuel Swedenborg, facts, George Gurdjieff, harmonies, human development, values. Bookmark the permalink.

2 Responses to The illusion of progress