The Bible seems to suggest that Jesus was bipolar 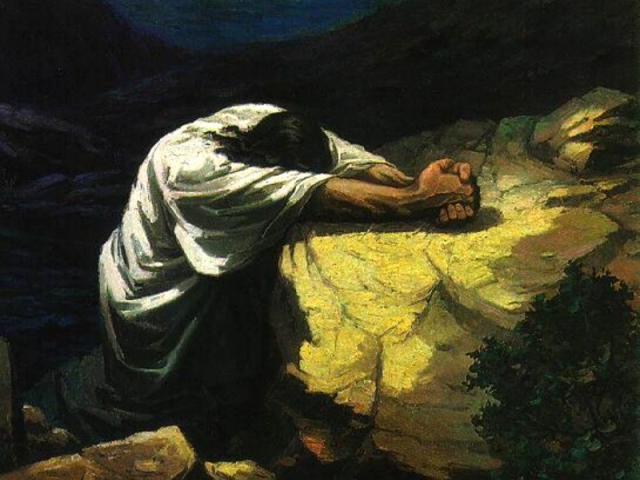 Even from a casual reading of the New Testament we learn that Jesus was both a Divine Being and a physical man with human flesh. This unique dichotomy was also displayed on a psychical level. At times Jesus would teach with great wisdom, perform heavenly miracles but at other times he showed real signs of human weakness and great fear for His personal “skin.”

According to scientist/theologian Emanuel Swedenborg this dichotomy represented the Divine strategy for human salvation. Swedenborg stated that while Jesus was in the world, He was indeed both God and human flesh. In other words, God came down to earth to live in a flawed body suit.

(Most of us do not take the dynamics of this dichotomy into account when we contemplate the Lord’s ministry.)

This dynamic sets up an inner conflict between opposing forces—divine goals and human compulsions. Amazingly, Swedenborg claimed that this inner conflict is symbolically represented within the literal words of the Bible narratives. The Lord’s glorification consisted of conquering His human nature and uniting it with His Divine or heavenly nature (every battle depicted in Scripture represents this inner conflict). This conflict is how the Word was made “flesh.” The final act of glorification and victory after the crucifixion gave the Lord power over the heavens, the hells and the earth.

But this hidden activity and combat didn’t save the human race—it simply kept the door open for human salvation. We too, are asked to “carry the cross.” In other words, we too must join in the conflict between living God’s tenets or following our worldly passions.

When we each consciously choose to take part in this special conflict, Jesus can be born within our hearts and minds and help us gain a similar victory over the world’s vanities and allurements. So let’s have a bipolar Christmas and celebrate the Lord’s Advent on both the earth and within our human hearts!

EDWARD F. SYLVIA, M.T.S. Philosopher/Theologian Edward F. Sylvia attended the School of Visual Arts in New York and received his Master of Theological Studies at the Pacific School of Religion in Berkeley, CA and a Certificate of Swedenborgian Studies from the Swedenborgian House of Studies. He is a member of the Center for Theology and the Natural Sciences (C.T.N.S.) and the Swedenborg Scientific Association (S.S.A.). Award-winning author of "Sermon From the Compost Pile: Seven Steps Toward Creating An Inner Garden" and "Proving God," which fulfills a continuing vision that God’s fingerprints of love can be found everywhere in the manifest universe. His most recent book, "Swedenborg & Gurdjieff: The Missing Links" is an edgy collection of anti-intuitive essays for personal transformation that challenges and inspires. He has been a student of the ideas of both Emanuel Swedenborg and George I. Gurdjieff for over thirty years. Read more about TheGodGuy, his books and his ideas at http://www.staircasepress.com
View all posts by thegodguy →
This entry was posted in god, Inner growth, love, psychology, Reality, religion, spirituality, symbolism, unity and tagged Bible interpretation, bipolar nature, Christmas, Emanuel Swedenborg, glorification, inner conflict, Lord’s Advent, salvation. Bookmark the permalink.