Why is the Swedenborgian Church not spreading? 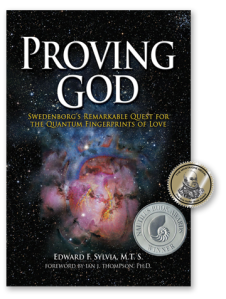 In some cases, people are even leaving that church. I did. This is happening in spite of scientist/theologian Emanuel Swedenborg’s remarkable efforts at bringing potent new ideas about God, spirituality, life after death, and foundational scientific issues to the table of human inquiry.

One big reason for this sorry state of affairs is that the current church culture has failed to captivate the imagination of the world with Swedenborg’s great treasure of ideas. Creativity aside, another big reason is the false notion that many of Swedenborg’s ideas are the product of 18th century thought and thus outdated. This misguided notion revolves around ignoring Swedenborg’s potent scientific models and his seemingly limited view of what would be described today as social justice issues.

I have labored to publish a book showing that Swedenborg’s scientific thought surpasses that of modern thinkers who support relativity theory, quantum mechanics and the Neo-Darwinian synthesis. Swedenborg even once stated that, “men see everything, but understand nothing.” (There is no reason to think that this condition has changed.)  So, at least Swedenborg himself did not believe that his scientific endeavors were a product of his era.

My book Proving God explores his unique ideas concerning the mysterious dynamics behind the self-organization of all structure in the universe, his idea that physical, mental and divine processes had no finite ratio with each other, yet they had correlation. The book also shows why LOVE is the first causal principle of the universe and forms lawful and coherent processes consisting of orbs (Circle of Life).

Nowhere have I found Swedenborg limited by the scientific ideas of his era or fellow researchers. In fact, he strongly rejected most of them!

Now, let me address the issue of post-modern social sensitivities. Swedenborg’s theological work Conjugial Love offers spiritual ideas about men and women that seem archaic within the lens of modern activism and progressivism. Some followers of Swedenborg are embarrassed by this situation. Again, this is blamed on Swedenborg being limited by 18th century European (white guy) values. However, he personally witnessed in heaven an African (black) spirit who could answer spiritual questions better than any of the European (white Christian) spirits. Was Swedenborg enlightened for just that one tiny moment?

His comments on women and homosexuals have nothing to do with social (worldly) justice and terrestrial equality, which have genuine value on terra firma. He goes deeper, much deeper. Swedenborg’s observations of men and women in heaven, was that they had distinct spiritual differences and were inwardly (and eternally) designed to promote each other’s spiritual growth—in the most intimate way imaginable. A man or a woman was only half an angel. In heaven, women boasted of being wives rather than of any individual accomplishment or ability. Swedenborg also had negative observations of most heterosexual relationships (from a spiritual perspective). He saw too many leanings towards adultery in most marital partnerships. The real issue was not whether one was gay or straight but rather, if one was capable of sincere repentance and regeneration, and, if one’s desired relationship led to opening up genuine and deeper levels of spirituality in both partners.

This current confusion tells me that even Swedenborgians do not yet grasp the true nature of spirituality and the process of regeneration—at least to the point that they can “wow” and amaze others. The physical church will not grow until its members start manifesting real spiritual progress—in a way that is obvious to others!

Instead, the members of the Swedenborgian community seem to be in a state of stasis.

EDWARD F. SYLVIA, M.T.S. Philosopher/Theologian Edward F. Sylvia attended the School of Visual Arts in New York and received his Master of Theological Studies at the Pacific School of Religion in Berkeley, CA and a Certificate of Swedenborgian Studies from the Swedenborgian House of Studies. He is a member of the Center for Theology and the Natural Sciences (C.T.N.S.) and the Swedenborg Scientific Association (S.S.A.). Award-winning author of "Sermon From the Compost Pile: Seven Steps Toward Creating An Inner Garden" and "Proving God," which fulfills a continuing vision that God’s fingerprints of love can be found everywhere in the manifest universe. His most recent book, "Swedenborg & Gurdjieff: The Missing Links" is an edgy collection of anti-intuitive essays for personal transformation that challenges and inspires. He has been a student of the ideas of both Emanuel Swedenborg and George I. Gurdjieff for over thirty years. Read more about TheGodGuy, his books and his ideas at http://www.staircasepress.com
View all posts by thegodguy →
This entry was posted in god, Inner growth, Life after death, love, Reality, religion, science, spirituality, unity and tagged Emanuel Swedenborg, heaven, homosexuals, marriage love, progressivism, proving God, social issues, spiritual intimacy, spiritual regeneration, the church community. Bookmark the permalink.

4 Responses to Why is the Swedenborgian Church not spreading?