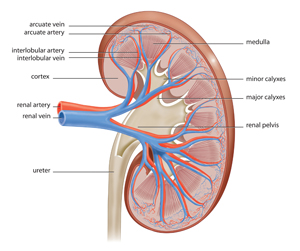 Of course they do!!!

After all, angels are fully living forms—not hollow or empty forms, devoid of inner complexity. They have all the vital organs we humans on earth have, except that their organs are constructed from spiritual substances rather than from physical matter.

(Evidence for this is that all states of mind—one’s spirit—have reference to some locality in the brain ,and every locality in the brain has reference to some tissue, organ, or part of the physical body. This top-down, multi-level correlation shows that the higher spirit flows into and carries on all the distinct and differential organic functions of the lower physical human anatomy.)

Scientist/theologian Emanuel Swedenborg wrote about these multi-leveled organic correlations so that the human race could have a more scientifically rational and visceral sense of the afterlife (rather than anti-thinking religious dogmas). Here are some of his unique insights to ponder:

1) Life can neither be experienced nor enjoyed without some receptive organ. And angels have organs adapted to receive God’s heavenly life and process. Spiritual organs and the substances they are made from are organic receptacles of the Lord God’s life-giving Love and Wisdom.

2) However, since even the angels of heaven are created and finite beings, they have imperfect and limited capacities to fully take in God’s Infinite Love and Wisdom that serve as heavenly food and drink (spiritual sustenance). Angels literally hunger for God’s Love and thirst for God’s Truth, but they must also have organs to constantly purify and jettison some of the imperfect qualities of their innermost character that would be harmful to their spiritual lives.

3) As in all living and created beings, the organs, tissues and cells serve to either prepare nourishment and sustain life or purify the system (through elimination). Angels are also a part of this grand organic scheme.

4) Because of the imperfect capacities and limitations of finite angels to drink in God’s eternal (and infinite) truths fully, they must have spiritual “kidneys” and “urethra” to filter, jettison and flush out any impurities that impede heavenly tenets or are superfluous to their spiritual lives and loves. This gets “pissed out” and enters heaven’s grand organic system where it undergoes further divine treatment for the sake of sustaining the integrity of the Lord’s heavenly (and fully organic) kingdom.

5) Angels are forever going through this process of spiritual digestion and purification so that their heavenly happiness can increase through eternity!

EDWARD F. SYLVIA, M.T.S. Philosopher/Theologian Edward F. Sylvia attended the School of Visual Arts in New York and received his Master of Theological Studies at the Pacific School of Religion in Berkeley, CA and a Certificate of Swedenborgian Studies from the Swedenborgian House of Studies. He is a member of the Center for Theology and the Natural Sciences (C.T.N.S.) and the Swedenborg Scientific Association (S.S.A.). Award-winning author of "Sermon From the Compost Pile: Seven Steps Toward Creating An Inner Garden" and "Proving God," which fulfills a continuing vision that God’s fingerprints of love can be found everywhere in the manifest universe. His most recent book, "Swedenborg & Gurdjieff: The Missing Links" is an edgy collection of anti-intuitive essays for personal transformation that challenges and inspires. He has been a student of the ideas of both Emanuel Swedenborg and George I. Gurdjieff for over thirty years. Read more about TheGodGuy, his books and his ideas at http://www.staircasepress.com
View all posts by thegodguy →
This entry was posted in god, Inner growth, Life after death, love, psychology, Reality, religion, spirituality, unity and tagged angelic organs, angels, Emanuel Swedenborg, heavenly happiness, purification, spiritual digestion, spiritual elimination, spiritual food, the afterlife. Bookmark the permalink.