What are we to overcome? 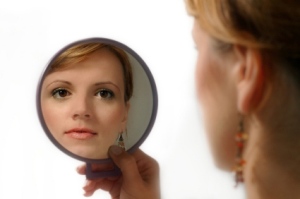 In Revelation 3:21 of Holy Scripture it states that if someone “overcomes” as the Lord Jesus has “overcometh,” good things will happen eternally.

Rather than simply acting morally and justly in the world, The Lord asks us to be “wakeful” and to “repent.”

What does that have to do with being good citizens? Nothing! But it has a lot to do with becoming heavenly and spiritual citizens in God’s eternal kingdom.

I bring this up because some of my readers feel I am promoting “harsh” ideas when it comes to spiritual transformation.

It seems that people want to quickly feel “good” about themselves and “right,” rather than take the Lord’s identical and arduous path of conjoining truth to good. Arduous? According to scientist/theologian Emanuel Swedenborg, the actual process of this sacred conjunction (Glorification) was carried out by the Lord’s combating (inwardly) every attack from the hatred issuing out of hell.

The hells are immense.

He had to do this because His physical body and terrestrial mind were flawed by human hereditary traits (from Mary’s ovum). These human flaws had to be removed in order to become ONE with His heavenly Father (His divine soul). During this lifetime confrontation the Lord was ultimately victorious and made his human form equally divine to his heavenly soul!

Swedenborg stated that these combats (spiritual temptations) were quite intense and thus quite “harsh.” The Lord invites us to take part in this same great (and often gruesome) apocalyptic battle while imploring His help (only the Lord God can battle and be victorious over the hell’s full furies). This introspection requires that we cultivate a special endurance—not seeking self-calming situations of personal affirmation.

Good and moral deeds cannot be genuinely offered by the human race unless they first remove their selfish loves and desire for all worldly honors and credit (effort is spiritual, results are worldly). To the degree that we succeed (with the Lord’s help) true heavenly love and wisdom can enter into the fabric of our lives and we become less deluded about ourselves.

The strategic mistake that most people make is that in their desire to become better men and women, they bypass the unflattering (and harsh) process of spiritual cleansing and rush directly into trying to live as good and respectful people (especially in front of other people).

The Lord wants us to overcome ourselves—not simply form and join groups with noble-sounding names!

EDWARD F. SYLVIA, M.T.S. Philosopher/Theologian Edward F. Sylvia attended the School of Visual Arts in New York and received his Master of Theological Studies at the Pacific School of Religion in Berkeley, CA and a Certificate of Swedenborgian Studies from the Swedenborgian House of Studies. He is a member of the Center for Theology and the Natural Sciences (C.T.N.S.) and the Swedenborg Scientific Association (S.S.A.). Award-winning author of "Sermon From the Compost Pile: Seven Steps Toward Creating An Inner Garden" and "Proving God," which fulfills a continuing vision that God’s fingerprints of love can be found everywhere in the manifest universe. His most recent book, "Swedenborg & Gurdjieff: The Missing Links" is an edgy collection of anti-intuitive essays for personal transformation that challenges and inspires. He has been a student of the ideas of both Emanuel Swedenborg and George I. Gurdjieff for over thirty years. Read more about TheGodGuy, his books and his ideas at http://www.staircasepress.com
View all posts by thegodguy →
This entry was posted in god, Inner growth, psychology, Reality, religion, spirituality, unity and tagged Emanuel Swedenborg, genuine goodness, Hell, morality, Revelation, spiritual combat, spiritual transformation, temptations, the Lord. Bookmark the permalink.

8 Responses to What are we to overcome?